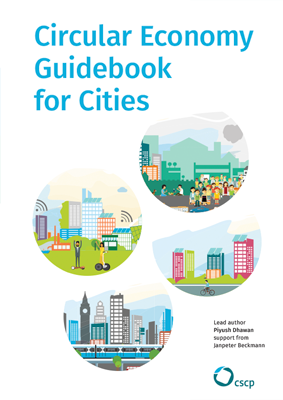 Cities are growth engines in need of supervision and control. They are the major contributors to climate change and responsible for up to 76% of the carbon emissions. Even though they occupy less than 2% of the Earth surface, they account for 75% of natural resource consumption and 50% of global waste production. On the solution side, cities are also magnets for creative potential and thus facilitators of societal transformation towards more sustainability in public as well as the private sector. Cities are among the most important actors which can positively influence development if they turn circular.

In this guidebook, cities have been classified into four broad categories of whether a city is a legacy city or a pioneering city in a developed or an emerging economy. Based on the classification several examples from cities across the continents have been documented which have already embarked upon the journey to being more circular.

Reducing Food Waste in Wholesale and Retail. A Collection of Case Studies.