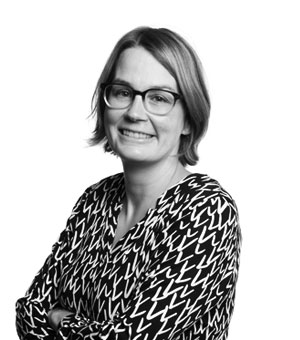 Assistant to the Executive Director

Annika joined the CSCP in August 2021. She holds a Magister Artium degree in Book History, Economics and German linguistics from the Johannes-Gutenberg-University in Mainz. Because of her passion for the Swedish language and landscape Annika moved to Stockholm in 2014 and spent the last 7 ½ years there, where she worked in different positions at international companies. Most recently, she worked as assistant to the country manager in the Swedish branch of Schüco, a German manufacturer of aluminum systems, where she focused on sustainability in the building sector, among other things.

Before she moved to Sweden she was working for different publishing houses for children’s books and gardening in Esslingen and Zurich. Annika held the role as a PR- and program manager and as the managing director.

She is personally interested in the important connection between gender equality and climate change.

Annika is a German national.